Hokkaido's sprawling landscape lends itself to prime fall foliage viewing opportunities. The region's great landscape offers plenty of untouched nature spots, as well as a staggered viewing season, with foliage transforming at different times depending on the location. As a general rule, the best time to visit is from October to early November, but in some locations – like Mt. Kurodake in Daisetsuzan National Park – the foliage can already be enjoyed from early September. In Hokkaido, the arrival of autumn brings some of the region's most delicious cuisine! Produce like pumpkins, apples, and grapes are at their juiciest and most delicious. Seafood is one of Hokkaido's specialities, and autumn is when salmon roe (ikura), horsehair crab 'keigani', and Okhotsk atka mackerel are at their freshest and best. Jozankei in fall. Photo by Pixta

Whether you're looking for urban displays of autumn foliage or views of rolling hills carpeted in red and orange leaves, Hokkaido has each in ample measure. It's impossible to talk about autumn in Hokkaido without mentioning Daisetsuzan National Park, the region's largest national park. The park is situated right in the center of Hokkaido, making it relatively easy to access from any location.

In Daisetsuzan National Park, you'll find pristine wilderness, steaming hot springs, and plenty of hiking opportunities. Another feature that draws guests from far and wide is that it's the first place in Japan to see snow and autumn foliage.

The historic town of Hakodate is another excellent location to enjoy picturesque city views framed in autumn leaves. The urban heart of Hokkaido, Sapporo, is home to Hokkaido University's spectacular golden ginkgo tree tunnel. We’ll introduce each location in detail. Sounkyo Gorge sits at the northern entrance of Daisetsuzan National Park, making it a great place to begin your Hokkaido adventure. Ishikari River cascades along Mt. Daisetsu's rocks, forming this beautifully rugged, rocky, tree-dotted gorge that reaches a staggering 24 kilometers in length. The hundred-plus meter tall cliffs are spectacular year round, especially in fall, when the red, yellow, and orange leaves carpet the landscape. The best way to take in the view is via the Kurodake Ropeway, which travels from Sounkyo Onsen to halfway up to the summit of the 1,984-metre-high Mount Kurodake. You'll find an observation deck and plenty of hiking trails to further explore the area. In this area, the first foliage can be spotted in early September. If you're planning to stay in the area overnight, consider booking a room at Sounkyo Onsen. Sounkyo Onsen is not only home to some wonderfully relaxing hot spring facilities, but it's also close to Momijidani Valley, another great autumn spot situated just a scenic and easy 30-minute trek away.

The best viewing time for fall foliage in Sounkyo is from late September until late October. If you're getting around on foot or by public transport, this is a great location to pick, as it's just a short bus ride from Asahikawa Station to Asahidake Sanroku Station, from which you can take the ropeway. Once at the top (1,600 meters up), take a stroll around the short Sugatami Pond Course to immerse yourself in Hokkaido's autumn colors and admire the gorgeous rowan and birch tree forest.

The peak season for fall foliage along Asahidake Ropeway is from mid-September until late October. Located on the southeast corner of Daisetsuzan National Park is Kamishihoro, home to the Mikuni Pass' red bridge, one of the most unforgettable autumn drives you'll ever experience. The pass sits at 1,139 meters above sea level, making it the highest pass in all of Hokkaido and a perfect vantage point for admiring the surrounding sea of trees as they transform from lush shades of green to their fiery autumn tones.

Near the pass you'll find Mikuni-toge Lookout in front of Mikuni Tunnel. This is a great spot to leave the car and take a stroll around the area, perhaps finished off with a visit to Mikuni Cafe which is open from April to late October.

The best season to view the fall foliage around Mikuni Pass is from late September until early October. Looking closer to the city, let's head to Sapporo to walk under the 380-meter-long golden tunnel of Hokkaido University Ginkgo Alley. The location is reminiscent of Tokyo's Meiji Jingu Gaien ginkgo trees, but with smaller crowds, which is always a plus. When the family of 70 trees are in their full golden glory (between late October and early November), the university blocks off the traffic and hosts a vibrant local festival. The festival, known as “Hokudai Konyosai” (meaning Hokkaido University's Golden-Leaf Festival), is held on a weekend and features activities, food, and ethereal nighttime illuminations. Nestled in the hot spring dotted, forested surrounds of Shikotsu-Toya National Park is Jozankei Onsen. Conveniently located just an hour outside Sapporo, the area has long been a popular day trip and overnight destination for city-dwellers looking for a soothing hot spring escape. It's also a stunning destination to explore the region's autumn foliage. Not far from the central onsen area is Hakkenzan, a small mountain spot complete with fruit picking opportunities! To the north of the onsen area are Sapporo Lake and Mount Kamui, two more excellent autumn destinations. Sapporo Lake is magnificent, as the red and orange foliage contrasts strikingly against the green-blue water of the lake. For a more comprehensive tour of the area, consider exploring Jozankei Onsen by bus. The bus network here is comprehensive, and there are tours that cover all of the area's key spots.

The best season to view the fall foliage in Jozankei Onsen is from early October until mid-October. Hakodate is one of Hokkaido's most picture-perfect cities. It boasts wonderful coastal views, unique urban architecture, and Miharashi Park, a magnificent autumn spot. The park is also home to a Japanese-style garden called Kosetsuen, a garden with over 150 varieties of trees, including plenty that transform as the season transitions from long, warm summer days to chilly winter nights. A local magnate, Minejiro Iwafune, built the garden in 1898. It was leased to the Hakodate municipal government in 1927 and has since remained open to the public. Autumnal plants like ginkgo, palmate maple, red maple, and baby's breath populate Kosetsuen. In late October, these trees are illuminated and turn the after-dark garden into a world of mystical, otherworldly beauty. The best season to view the fall foliage at Kosetsuen is from late October until early November. Nestled on the eastern Shiretoko Peninsula near the Okhotsk Coast is Shiretoko National Park, one of the region's most remote and untouched national parks and the home of key autumn spot Shiretoko Five Lakes. As the name suggests, this is a family of five – relatively small – lakes formed following an ancient eruption by Mount Io, and are fed with hot spring water. An excellent place for a day-long hiking adventure, the best way to take in the sights here is by navigating the elevated boardwalks, which run for 800 meters. These boardwalks are great for all types of traveling groups, as they're wheelchair accessible and located above the foliage so as to protect guests from the park's bears and preserve the plants and wildlife below.

The peak season for fall foliage around the Shiretoko Five Lakes is from early October until mid-October. Akan Mashu National Park is a region with plenty of natural beauty, no matter the season. It's especially beautiful in the slightly warmer months, like summer, and of course, autumn, when the deep green surrounds are punctuated with bursts of bright red, yellow, and orange leaves. One place well worth adding to your Akan Mashu visit is Lake Onneto, which sits on the far western edge of the park. In the Ainu language of Hokkaido's indigenous culture, 'Onneto' means "old, large lake", but this area is also known as Goshikinuma. Goshikinuma translates to “Five-colored marsh,” a reference to the lake's mystical colour, which changes depending on weather, wind direction, and viewing position. From deep moody blues to light sparking aqua, seeing this lake framed by the park's abundant autumnal trees is the beauty of Hokkaido embodied.

To view the fall foliage around Lake Onneto, visit from late September around mid-October.

Access to Lake Onneto
Nearest Station: the lake is about 15 minutes away by car from Akanko Onsen, which can be reached in one hour and 10 minutes by bus from Kushiro Station or Kushiro Airport.
Nearest Airport: Kushiro Airport
Map: Lake Onneto From the bustling city streets of Sapporo to the rugged, untamed mountains of central Daisetsuzan National Park, Hokkaido offers stunning views in the fall. The autumn season is one of the best times to enjoy the region's immaculate beauty and natural gifts.

With earlier fall foliage than mainland Japan and plenty of access points around the region, it's the perfect, most untouched place to kick off your next adventure through the beauty of Japan in autumn.

Both internationally and domestically, the most effective way to reach Hokkaido is by aeroplane. New Chitose Airport is the region's major international airport, while other options close to the locations mentioned in this article are Asahikawa Airport, Hakodate Airport, and Kushiro Airport. 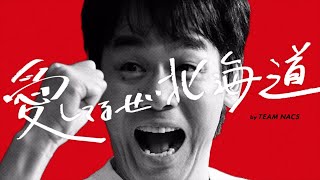 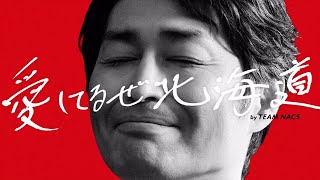 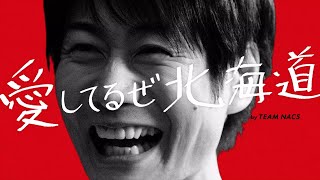 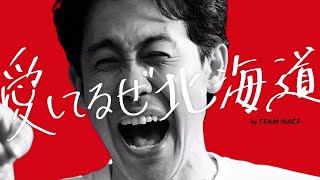 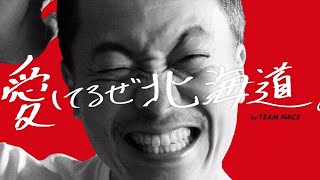 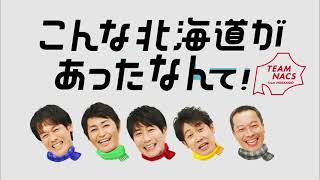 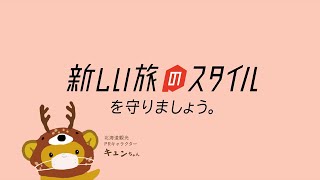